Together is better: the magical power of group cohesion | YouCoach Skip to main content

Together is better: the magical power of group cohesion

Together is better: the magical power of group cohesion

All our life is marked by a continuous being part of some kind of group, first of all of a family, then there is the group of friends, schoolmates, a team, coworkers, and nowadays there are also groups on Facebook and WhatsApp...
Whatever the reason, we tend to stay together, to get together, to be part of a whole in which we can fit in, and that happens because being part of a group is a need that for the human being is innate, and in the past it offered us a fundamental evolutionary advantage.
Loneliness is no picnic; however the real reason why we look for others and we are part of some groups is because in a group we can obtain something that on our own we cannot achieve so easily…We need to stay together, but the issue is not even this time so easy, it is not only a matter of achieving some goals, but also to find pleasure in doing it in a certain way. 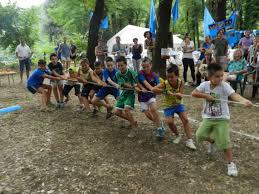 In fact, researches highlight without a doubt that people who try to reach a certain goal with their group they usually give better performances than if they had to achieve it on their own, which is “a whole is way more than the sum of the individual items”. This happens because people who work together, if they feel they are a cohesive group, bring out what is impossible, and that is the strength of the group
A cohesive group is a group to which its members feel they belong to, with their heart and mind. They feel the same, support each other, share experiences and emotions but also rules and responsibilities, they understand the importance of their role for the group’s sake, and they can overcome those conflicts that impede them to achieve what is a matter of concern to all of them, that is the dream of any youth coach.
What sometimes escapes is that if we work more carefully to make a group more cohesive, to stimulate the belonging to a group, it would create a natural upsurge in motivation to bring out the best in all of them. “the group makes me feel good, helps me obtain what I want, I like having friends, sharing a goal, I want to contribute, actually my best contribute because this is my team, my group”
Sometimes it is assumed that a team is a group only because the subjects work together, they train and play together a match, however being part of something is quite different, it is the extra kick, the real strength of the group, it is that whole that becomes more than the sum of the single items, to which anyone would love to belong since the resulting pleasure it’s incredible and sometimes even magic… 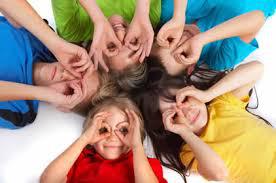 Belonging to those groups allows a subject to grow, to evolve, to learn from others but also from himself, allows him to satisfy the needs of a group, such as sociability and cooperation, but also individual needs, such as to feel able, to act good, to be able to improve themselves, to gain self-esteem and the sense of self-efficacy.
And how do we encourage the cohesion of a group? There are many ways to encourage within a group of individuals the sense of belonging, some are well known, others less applied: we can have the name of the team printed on t-shirts and duffel bags, or to learn to share some rules, or practical strategies, but we don’t have to forget that belonging mainly is connected to experience, sharing, emotions, feelings, pride.
Maybe it would be enough to talk a little bit more together…