Ten thousand under the same roof: The 2016 NSCAA Convention in Baltimore | YouCoach Skip to main content 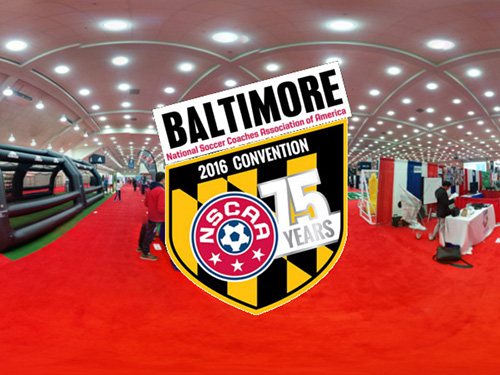 From 13 to 17 January the annual NSCAA Convention took place in Baltimore; the National Soccer Coaches Association of America has been organizing for 75 years what is considered the global most important event for soccer coaches, club managers and fans.

The event brings together under one roof more than 10.000 insiders: coaches, managers, players, media, referees and supporters have the opportunity to meet and know each other in an atmosphere full of opportunities, where the bottom line is passion and the urge to consult defies all boundaries.

YouCoach’s staff took this opportunity and for 5 days lived directly this great demonstration which was illuminating: soccer is the same sport all over the world, but the way it's played and taught can be different from country to country. In the USA these differences turn into opportunities and values, and day by day we were astonished. 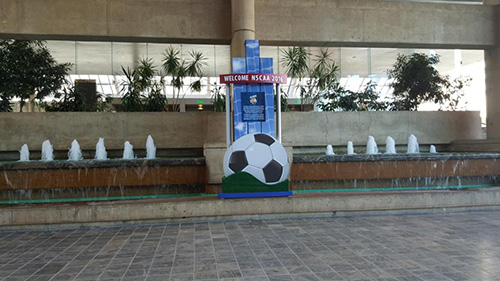 The convention involves demonstrations such as the Superdraft and the NSCAA Awards, updating seminars which also provide for awards and degrees to enable and acredit coaches and an Exhibit Hall for Companies in the football business. 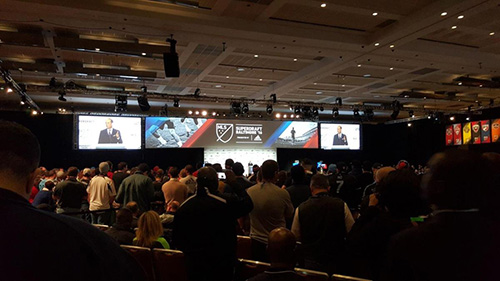 MLS Superdraft is based on the namesake NFL draft, also called “player selection meeting”, where the main soccer clubs negotiate to choose the best young players from the National Collegiate Athletic Association (NCAA), the greatest university sports association, with about 1200 institutes sorted in conferences which organize the sports programs for colleges and universities in the USA.

NSCAA Awards is an event with prizes and awards, including Coach of the Year, All-America, lifetime achievement awards, specific awards for excellence in football, academic and service awards. About 11000 awards available for coaches, players and NSCAA members. The climax for the awards coincides with the annual convention.

During the whole week, more than 250 theoretical seminars are conducted in the convention by world-class coaches. Organisations represented, include FIFA, League Managers Association (LMA), Major League Soccer (MLS), feminine division, and a lot of european countries such as Spain, UK and Germany, contributing with their coaches speeches, to soccer development in the US. Through this program, NSCAA gives the opportunity to enabled coaches, to increase references and get degrees. 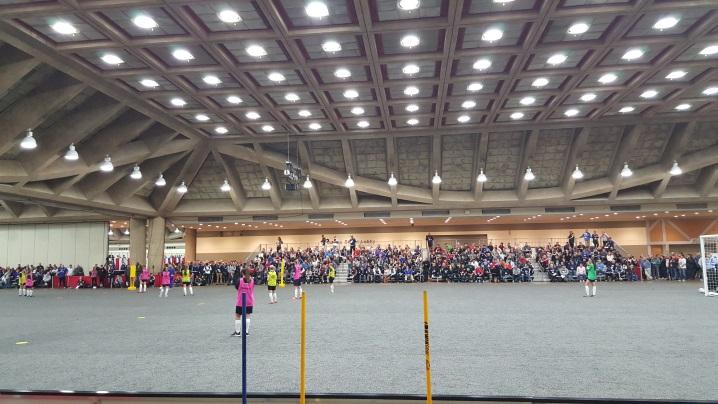 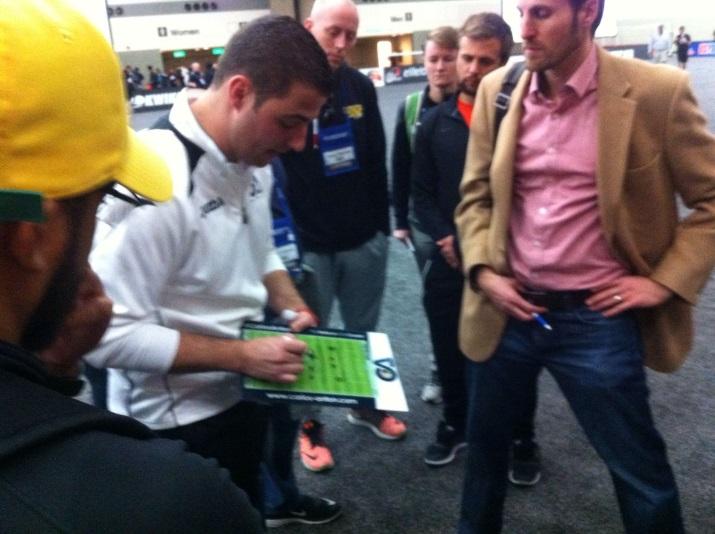 YouCoach’s personal experience concerns the Exhibition Hall. NSCAA is the largest soccer exhibition of North America with more than 370 companies who can exhibit in a 20.000 square meters area. During our participation we have seen how it is possible to create business around this sport in the US, giving the chance to directly meet coaches, manager, players, promoting lots of products such as sport clothing, technology, sport equipment and soccer activities all over the world.

Among several meeting, we want to highlight the one with Ian Barker (Director of Coaching Education since 2012) in which we spoke about differences between Italy and the USA in coaching methods and trends which seem to be leaning more towards teamwork, comparison and technological support. 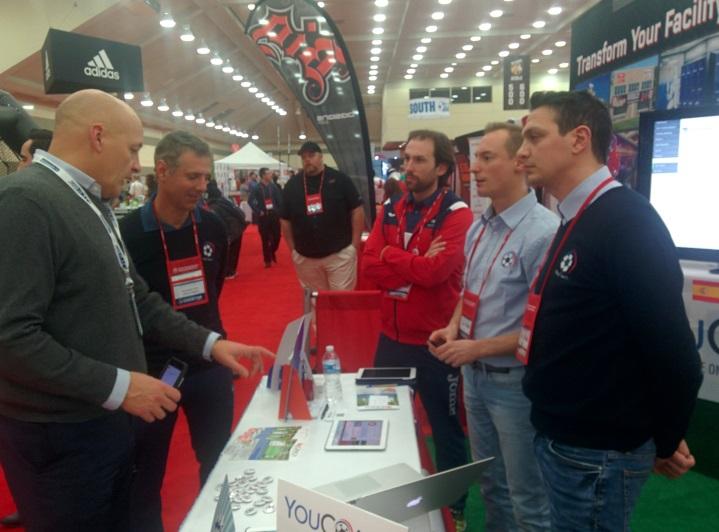 To conclude we report the NSCAA’s slogan which is "Learn, Participate. Belong”, the values actually practiced in every corner of the convention by every person we met. The next appointment is in Los Angeles from 11 to 15 January 2017 and YouCoach will be there!