Groin pain: when the cause is the rectus-adductor syndrome | YouCoach Skip to main content

Groin pain: when the cause is the rectus-adductor syndrome

Groin pain: when the cause is the rectus-adductor syndrome 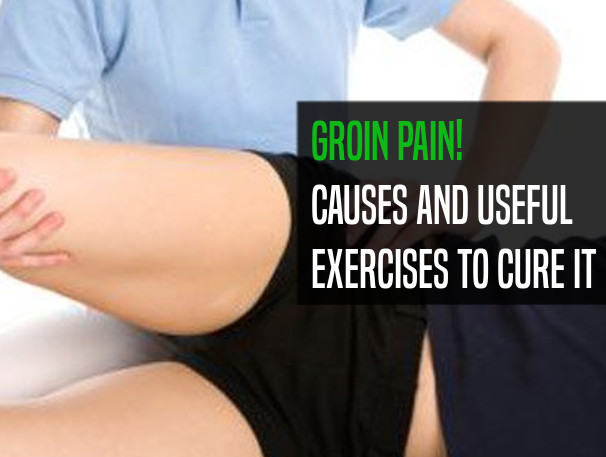 As mentioned in the previous articles, there are several reasons for groin pain. In athletes, the rectus-adductor syndrome is of most significant relevance.
WHAT IS IT ABOUT? 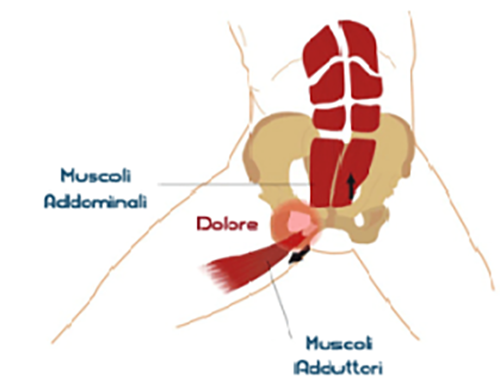 The rectus-adductor syndrome is a form of groin pain caused by microtraumas which consists of a chronic inflammation in the insertion point onto the pubis, that is, of the tendons of the adductors and rectus abdominis (see fig. beside). The inflammation results from a functional overuse or recurrent torsion or traction microtraumas in the region of the tendon insertions of these muscles. Indeed, the pubic region is a confluence  point of considerable stress produced by both the abdominal (from above) and the adductor (from below) muscles, and functional overload is facilitated by the tiny space available.
The incidence is higher in professional male athletes that intensively practise activities involving heavy use of the lower limbs (football, running, football, tennis, rugby, fencing, athletics, riding, etc.). The problem is worsened by concurrent postural defects that create hip asymmetries such as dissymmetry of lower limbs, marked lumbar curvature, sacroiliac blocks, congenital disorders of hips, etc. Football players are most frequently affected because of the great number of technical movements they perform, which engender considerable groin stress  (kicking, dribbling, sliding, changes of direction). Pregnant women frequently suffer from this disease, too.
Anyway, it should be recalled that groin pain can appear also as a consequence of changes in training exercises, unfavourable conditions of the playground (too soft or exceedingly rough) or the type of footwear used.

BIOMECHANICAL CORRELATIONS OF THE RECTUS-ADDUCTOR SYNDROME

The stability of the pelvis can only be granted by the harmonious interaction of several muscular groups, ligaments and bones. The pubic region being the fulcrum of our body, it is the meeting-conflicting point of the strengths arriving from below (impact with the ground) and from above (weight of the torso). Adductors and abdominal muscles play a major role because of their tight connections with the pubic symphysis. Their actions are antagonistic: for the abdominal muscles and the rectus in particular the direction of the force vector is superior and posterior, whereas for the adductors the direction of the force vector is inferior and anterior. (Fig. 2) 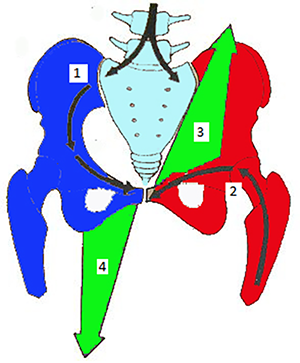 Injury, weakness or dysfunction of one of the two muscles inevitably causes a functional imbalance. Moreover, in football players the ischiotibial muscles are excessively developed and shortened, so that they prevent a correct extension of the knee, for instance while running or kicking. This negatively affects the adductors that are obliged to work in a limited biomechanical space and consequently shrink and stiffen. Broad, fluid movements required by an  athletic performance are hindered, the body must adopt compensating expedients, thus arising excessive stresses in a condition of passive insufficiency.

The rectus-adductor syndrome presents as a local pain in the groin or lower abdominal region that can radiate to the hind limb medial in proximity of the abdominal wall, and less frequently the perineum. Symptoms are usually unilateral, more rarely bilateral. In the early stages pain is light, often silent, sensitive to palpation and does not hinder activity, or it appears during activity and gradually disappears once it is finished. These phases are underestimated in most cases!

In advanced stages activity is impossible, and pain arises even during walking. Social life can also be hampered.

If the above symptoms occur, it is important not to underestimate the disease (mainly in the early stages). Initially it is necessary to limit activity, or stop it until pain disappears completely both at rest and during activity. Should even slight pain persist, a timely specialised examination is necessary to make a diagnosis of the disease so as to shorten recovery times as much as possible.

Following exercises are useful both for the rectus-adductor syndrome prevention and rehabilitation purposes. The exercises should be performed at the end of the practise session or, in any case, after proper muscle warming. Stretching exercises will be held for 30 seconds and muscle relaxation will be promoted during expiration. 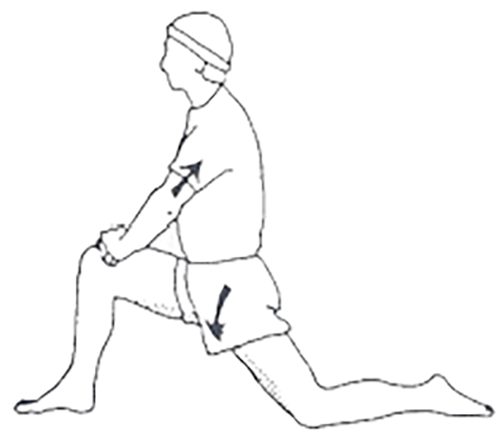 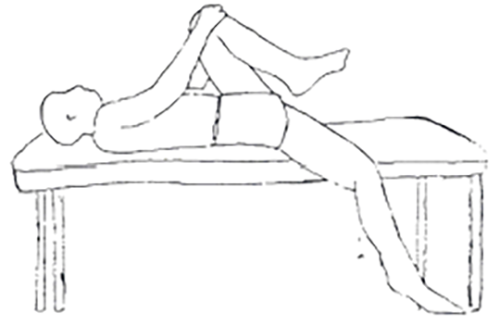 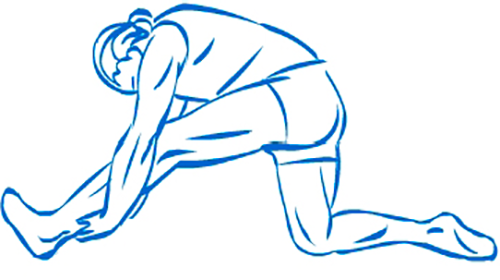 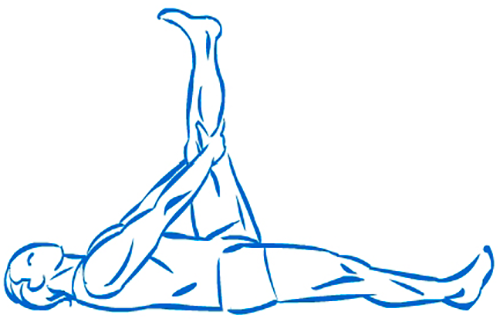 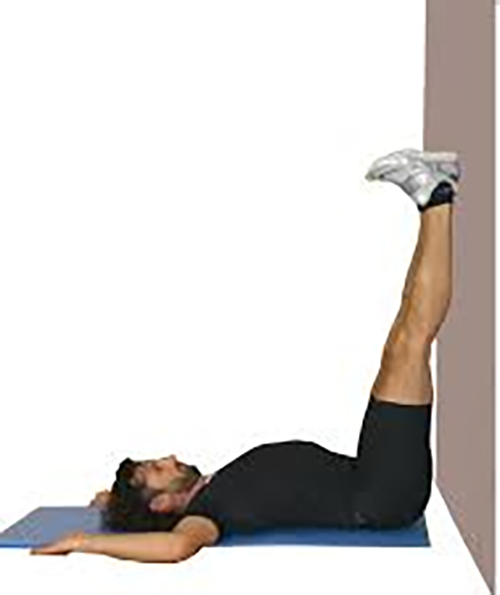 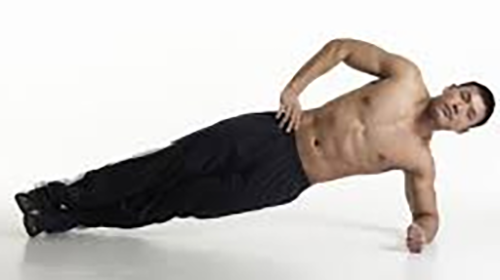 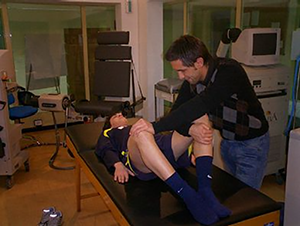 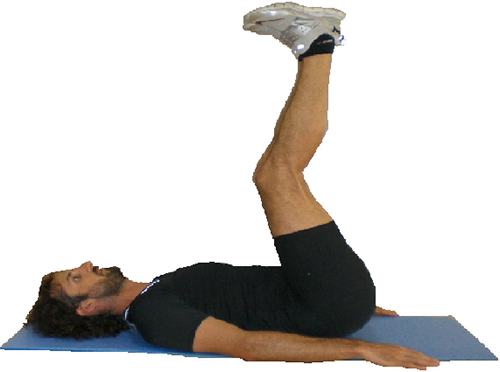