11 vs 11 on half field. The athletic point of view | YouCoach Skip to main content

11 vs 11 on half field. The athletic point of view

11 vs 11 on half field. The athletic point of view

I think this is the situation most similar to the match, for the number of players is the same and the tactical movements and technical actions occurring in the exercise are the same as those in the match. Space depth is reduced in the half field and, therefore, some movements are shorter as compared to those performed during the match.
The exercise can be scheduled in any day of the week; by modifying the parameters and rules the situation can be adjusted to a specific day of the week (in relation to the day of the match), by increasing or reducing volume (times of play) and intensity (fouls, penalties, throws in, etc.). In the first days of the week (until 72 h before the match) we recommend that the rules prioritize intensity, reduce recovery times and favour continuity of play. Here are some examples:
In proximity of the match the game on half field can be used to adopt tactical actions or test some schemes for inactive balls: intensity will be reduced by modifying the above mentioned rules to improve refining, for instance:
Let us consider the different conditional abilities stimulated:

In conclusion, this exercise can be considered a good training from the technical, tactical and situational points of view, and also of aerobic capacity if executed with a suitable intensity, because its times, spaces and rules allow the players to act continuously like in a match. Conversely, from the point of view of strength and speed/agility this exercise cannot be considered an effective training because the training principles for these abilities are not respected as to the amount, number of stimuli vs recovery and frequency. Therefore, if the objective of this exercise from the athletic point of view is to train strength and/or speed, the proposal has to be modified with games stressing the above mentioned actions. 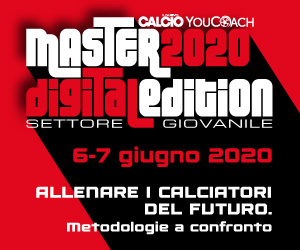 Coaching soccer through Small-Sided Games This book is a "must have" for any coach, check out these three main features: It has 48 small-sided games with progressions and variations, there is enough material here that will last you multiple seasons... Continue Reading...